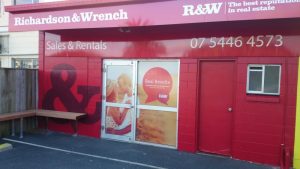 In 2009, the Sunshine Coast city of Noosa established new laws governing the use of signs and signage within the city limits. The Noosa council signage crackdown was aimed at the removal of Balinese flags from residences that were near resorts. However, the crackdown and removal of the illegal flags was only the beginning as many long-standing general signs on council land were also targeted. While the intended effect was to reduce the chances of a Noosa shrine being built from unapproved signs and flags, the result had far more reaching implications. A company dedicated to creating numerous types of signage in Noosa has decided to close their doors.

The biggest concern in the Noosa area has been from business owners who believe that limiting their ability to advertise through signage will have a negative effect. Signs are inexpensive, effective, and long-lasting when made from the right materials. This cheap form of advertising has been relied upon for many years and adding restrictions has caused some backlash.

Neil Pont, Kingfisher Boat Hire director, stated that the demands of the Noosa council to remove existing signs would set back his business. According to his records, about 40% of his direct business was directly related to the signs he posted. Removing such signs would mean having to cut his staff along with funding to the edible gardens program at Tewantin State School. Such reports have been reflected by other business leaders in the community.

The rules for signage and flags in Noosa were changed in 2009 to provide more regulation in terms of what could be displayed. The Noosa Council sign policy includes the following for signs and flags;

A-Frame: This is a standing sign used for advertising the goods or services of a business. Sometimes called a sandwich sign, they do not need formal approval if they sit on the property itself and do not exceed the maximum size of 900mm x 600mm. Only one such A-frame sign may exist per business. If they cannot be displayed on the property itself, then as close to the property as possible.

These are advertising signs or devices that are painted or attached to building facias. They do not need to be approved if the sign is not illuminated and does not extend either above or below the facia of the building.

The only flags that can legally be displayed are the Australian flag, Queensland flag, and any company or corporate flag that does not exceed two square meters.

A building of historic value may display a sign on its side it if relates directly to the property itself. Plus, it must be of historical value to the township as well.

The Noosa Council signage crackdown has caused some controversy and concern in the business communities in this part of the Sunshine Coast. However, the goal of not turning this part of the country into what the Gold Coast has become with its plethora of signs is one that most in the community agree. Any Noosa shrine in terms of signage and flags will be of a limited nature unless the current rules are changed. Contact Steve at Suncoast Signs for signs in Noosa that are compliant.